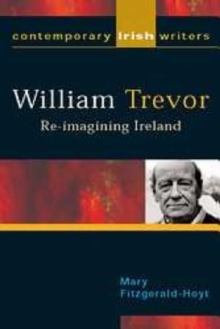 Yet the Irishness of his work has never been fully explored.

Since the late 1960s Ireland has been a major element in his work, treating the North and the Troubles, the Big House, and the legacy of Ireland's domination by England.

His work has been quietly dramatic in the face of great social and economic change.

His superb stories urge the importance of resilience, the necessity for imagination.

In fact, his Irish fiction calls for a re-imagining of Ireland as a diverse island.

This book provides a comprehensive introduction to Trevor's work with fresh and new discussions of all his major works, including Felicia's Journey and his latest.

The Story of Lucy Gault.