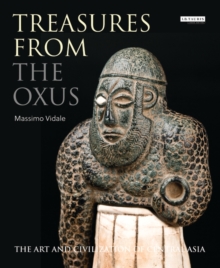 Treasures from the Oxus : The Art and Civilization of Central Asia Hardback

In history, this grand arterial 1500-mile waterway was always seen as the natural frontier between the northern provinces of the Iranian empires and the outer Turanian lands.

It was for centuries central to Achaemenid and later Persian power.

But, as the author shows, it has a prehistory which goes very much further back: and a succession of skilled yet still elusive Bronze Age cultures flourished here well before the rise of Cyrus the Great in the 6th century BCE.

This richly illustrated book explores the fascinating history, art and archaeology of the region, including its primal trade in silk and foodstuffs; the mineral wealth of the Oxus basin; its exotic myths and beliefs; and the converging tribes and peoples which led to a new stability, economic growth and urbanism.

Most of these rare objects have never been seen, let alone published, before.