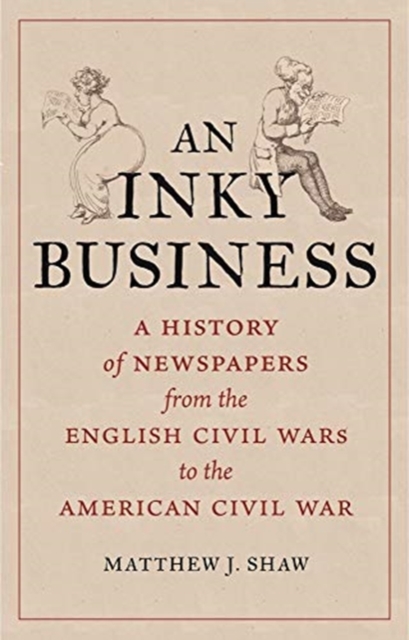 An Inky Business : A History of Newspapers from the English Civil Wars to the American Civil War Hardback

An Inky Business is a book about the making and printing of news.

It is a history of ink, paper, printing press and type, and of those who made and read newspapers in Britain, continental Europe and America from the British Civil Wars to the Battle of Gettysburg in the United States nearly 200 years later.

But it is also an account of what news was and how the idea of news became central to public life.

Newspapers ranged from purveyors of high seriousness to carriers of scurrilous gossip. Our current obsession with 'fake news', the worrying revelations or hints about how money, power and technology shapes and controls the press and flows of what is believed to be genuine information, has dark early-modern echoes.