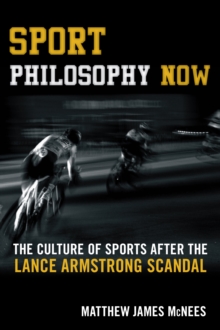 Sport Philosophy Now : The Culture of Sports After the Lance Armstrong Scandal Hardback

In today's media-driven world, it seems there is always a scandal in the news involving athletes.

Whether it's performance-enhancing drugs in cycling, domestic violence in football, or sexual assault in college athletics, new problems pop up as soon as old issues disappear.

As we struggle to understand and, hopefully, correct these problems, we face the difficult reality that the lines between fact and fiction are often blurred by the media, and sports governing bodies can be slow to make the necessary changes in their respective fields.

In Sport Philosophy Now: The Culture of Sports after the Lance Armstrong Scandal, Matthew James McNees scrutinizes the current sports philosophy available and updates it in the "post-Lance Armstrong" age.

While many philosophers have turned a blind eye to the realities of sport by focusing on ideologically-driven abstract ideals, this book offers an engaging alternative.

Examining the field primarily through the competitive world of cycling, McNees explores such issues as authenticity in sport, our tendency to create superficial high-minded meaning from the actions of athletes, and American capitalism in sports.

Other issues discussed include childhood, play, language, and economics.

This book critiques the field of sports philosophy from its beginning, offers a new paradigm for the field, explains journalistic mistakes specifically through the lens of the Lance Armstrong scandal, and sheds light on the mysteries of cycling's milieu of governing bodies and influential parties.

This book aims to inspire and support those who want to take up rigorous, worthwhile, and difficult questions in the field of sports philosophy.

It will be of interest not only to scholars, but also to the cycling community and those who wish to learn more about the interactions between sports, culture, and philosophy. 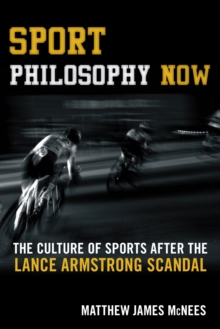