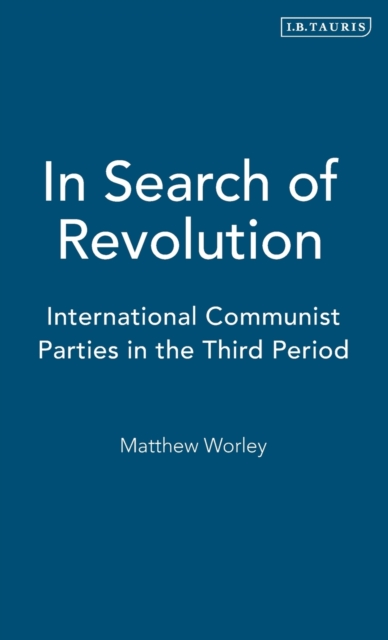 In Search of Revolution : International Communist Parties in the Third Period Hardback

The end of the Cold War and the opening of the Soviet, and especially Comintern, archives, have revolutionized the history and historiography of Communism and the Soviet Union and national communist parties.

Nowhere has the upheaval been greater than in the history of the "Third Period".

The Communist International (Comintern) officially announced in 1928 the "Third Period" in capitalist development and communist struggle.

All national communist parties had to cease collaboration with social democrat and labour movements and adopt the policy of "class against class" as dictated by Moscow.

Most historians have seen this policy as a disaster leading to the demise of communism as an international force.

However, this collection of contributions by an international team of scholars demonstrates not only that international communism survived, national parties flourished, fought fascism, and the Popular Front emerged as a major international force.