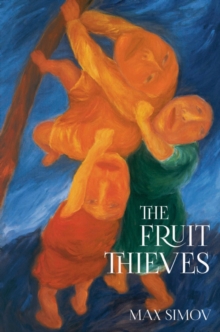 In the middle of the last century, in a small remote town lost in the foothills of the magnificent Caucasus Mountains, the local children raid their neighbours' fruit orchards during the summer holidays.

The best apples for Pasha, the nine-year old boy, are behind the impenetrable fence of the Glumins, a weird Old-Believer couple who live next door, and in the orchard of a wicked neighbour, Bullin.

Bullin is a cruel man who inflicts suffering on animals and deserves to be punished. There are plenty of other orchards where the children of River End Street can satisfy their fruit hunger.

The cherries of the old couple living by the riverbank can be reached by climbing up the fence, and it is possible to get away unnoticed. Or is it? Fruit adventures are risky and some end up in near disaster.

There are scary stories about fruit thieves who are cruelly punished.

Yet Pasha absolutely had to steal some of his neighbours' tantalising apples.

He tried and ended up being caught. But what would the punishment be?