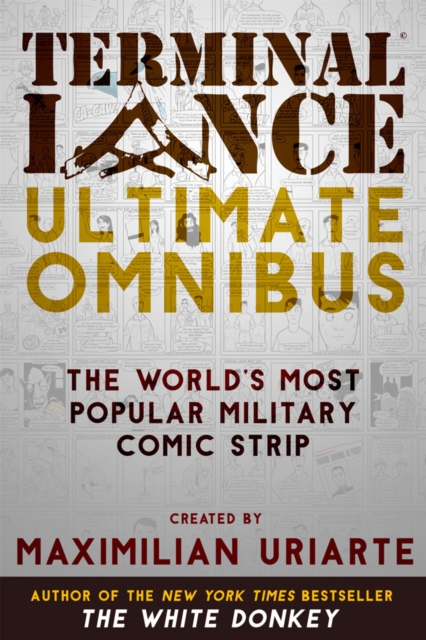 The ultimate collection from Maximilian Uriarte, author of The New York Times bestselling THE WHITE DONKEY and creator of the world's most popular military comic strip. The eagerly awaited Terminal Lance Ultimate Omnibus will finally deliver the complete collection that fans of the military's most popular comic strip have been clamoring for.

With over 500 strips, the collection will feature hundreds of the serialized comics published on terminallance.com, with additional comics previously published only on Marine Corps Timesnewspaper, and new, never before published comics.

The Omnibus will also include Uriarte's signature blog entries and previously unpublished bonus material. Covering a wide range of topics, including the rules governing the wearing of military uniforms, the most popular (and the most disgusting) MREs, the difficulty of keeping a long-distance relationship alive across thousands of miles, and the struggles marines face upon returning home, Terminal Lance Ultimate Omnibus provides a hilarious and deeply intelligent look into every aspect of life for American marines.