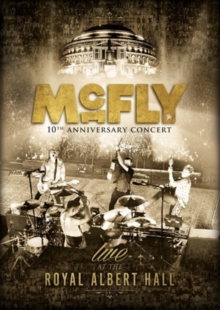 Featuring surprise guests James Bourne and Matt Willis from Busted, the band performed their best-known hits to a sold-out theatre.

The songs included 'Saturday Night', 'Star Girl' and the brand new 'Love Is On the Radio', as well as 'Year 3000', 'Air Hostess' and 'Shine a Light' which were performed with James and Matt.