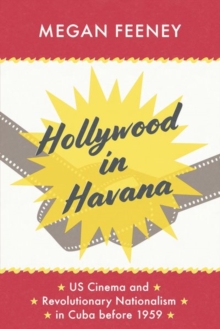 Hollywood in Havana : US Cinema and Revolutionary Nationalism in Cuba before 1959 Hardback

In the 1940s and '50s, Havana was a locus for American movie stars, with glamorous visitors including Errol Flynn, Bette Davis, Joan Crawford, and Marlon Brando.

In fact, Hollywood was seemingly everywhere in pre-Castro Havana, with movie theaters three to a block in places, widely circulated silver screen fanzines, and terms like "cowboy" and "gangster" becoming part of Cuban vernacular speech.

Hollywood in Havana takes this historical backdrop as the catalyst for a startling question: Did exposure to half a century of Hollywood pave the way for the Cuban Revolution of 1959?

Megan Feeney argues that American movies helped condition Cuban audiences to expect and even demand purer forms of Cuban democracy and national sovereignty after seeing freedom-fighting and rebellious values and behaviors on display in wartime dramas and film noirs.

At the same time, influential Cuban intellectuals worked to translate cinematic ethics into revolutionary rhetoric--which, ironically, led to pointed critiques of the US presence in Cuba and which were eventually used to subvert American foreign policy.

Hollywood in Havana adds to our evolving notions of how American cinema has been internalized and localized around the world, while also broadening our views of the ongoing history of US-Cuban interactions, both cultural and political. 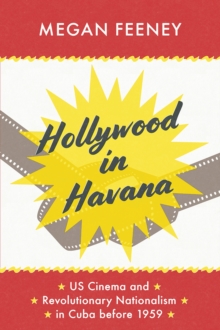