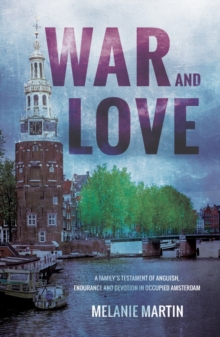 War and Love : A family's testament of anguish, endurance and devotion in occupied Amsterdam Paperback / softback

An extraordinary story of one family's torment, betrayal and perseverance in war time Amsterdam. War and Love is a fascinating and detailed memoir of a family's everyday life at a time of war.

The simple storytelling reflects a period of history with which everyone is familiar, but is told here with a raw honesty which emphasises the horrors of the events which took place. In May 1940 the family tried and failed to flee from Holland.

Some went into hiding, others worked with the Resistance producing false papers, and others were transported to Westerbork transit camp.

Sisters Kitty and Liesje, both in the prime of their lives, were compromised by the Nazi laws on intermarriage.

War and Love is testimony of their will to survive against the odds.

Many of their relatives who arrived at Westerbork were deported to Auschwitz or to Sobibor, where they were murdered. The book also delves into the question of how the Nazis created their Jew/Non-Jew dichotomy.

They wanted the question of who should count as a Jew to be clear-cut, and often this was not the case as the twists and turns of this story demonstrate.