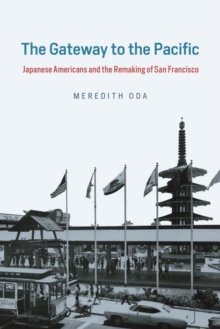 The Gateway to the Pacific : Japanese Americans and the Remaking of San Francisco Hardback

Part of the Historical Studies of Urban America (CHUP) series

In the decades following World War II, municipal leaders and ordinary citizens embraced San Francisco's identity as the "Gateway to the Pacific," using it to reimagine and rebuild the city.

The city became a cosmopolitan center on account of its newfound celebration of its Japanese and other Asian American residents, its economy linked with Asia, and its favorable location for transpacific partnerships.

The most conspicuous testament to San Francisco's postwar transpacific connections is the Japanese Cultural and Trade Center in the city's redeveloped Japanese-American enclave. Focusing on the development of the Center, Meredith Oda shows how this multilayered story was embedded within a larger story of the changing institutions and ideas that were shaping the city.

During these formative decades, Oda argues, San Francisco's relations with and ideas about Japan were being forged within the intimate, local sites of civic and community life.

This shift took many forms, including changes in city leadership, new municipal institutions, and especially transformations in the built environment.

San Francisco's story is an inherently local one, but it also a broader story of a city collectively, if not cooperatively, reimagining its place in a global economy. 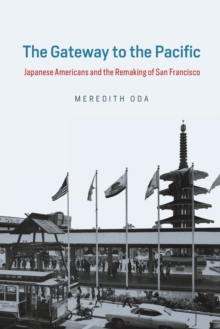 The Gateway to the Pacific