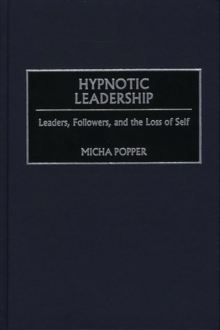 Hypnotic Leadership : Leaders, Followers, and the Loss of Self Hardback

Charismatic leadership in its extreme manifestations resembles a hypnotic situation in which the followers lose their autonomic judgment.

Popper compares leadership to fire. The leader is the spark, the followers the fuel, and the circumstances the oxygen that feeds the flames.

Fire can destroy everything in its path, and such a strong fire is a metaphor for what is described as Hypnotic Leadership. Describing examples of hypnotic leadership and using theories and concepts from psychology and the social sciences, Dr. Popper begins by providing three examples of leaders defined as hypnotic, whose spheres of influence ranged from a small group to millions of people.

He then looks at the object of the hypnotism, the followers, demonstrating the psychological meaning of the yearning for a leader.

While describing this as a possible general condition, Popper qualifies the universality of the argument, referring to differences between cultures in the attitudes toward authority or the ability to tolerate ambiguity.

These differences are of great significance in terms of the susceptibility of being hypnotized by a charismatic leader.

Popper then examines the meeting of factors that create the drama of hypnotic leadership, presenting the central concepts that are used in analyzing the phenomenon, and demonstrating their use with reference to examples cited and the analysis of the processes in a broad perspective.

This is a provocative analysis for students and scholars of leadership and psycho-dynamic processes.

Also by Micha Popper   |  View all 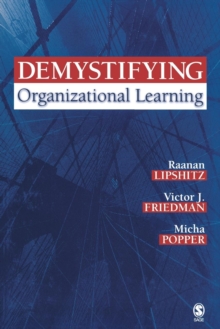 Leaders Who Transform Society:: What... 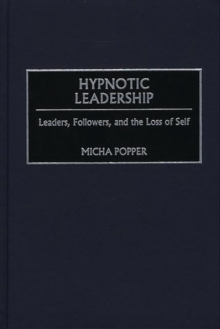 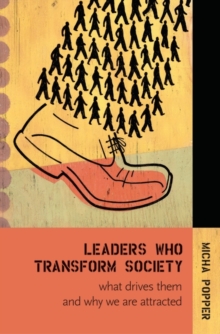