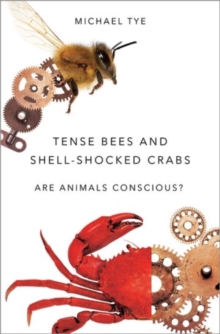 In the seventeenth century, the famous French philosopher, Rene Descartes, held that nonhuman animals, lacking souls, are organic automata without any consciousness. This led him to participate in vivisections on dogs, dismissing their howls as mere noises.

Voltaire later ridiculed Descartes' view; and it is certainly a position to which hardly anyone would subscribe today. But just which animals are conscious? Most people would admit mammals generally; but whatabout fish?

Honeybees? Crabs? Turning to the artificial realm, what about suitably complex robots?

Exacerbating the issue is the fact that there are differences between human brains and the brains of nonhuman creatures. With the differences in neurophysiology, perhaps the crucial feature underwriting any spark of consciousness is missing with the result that the animals simply function in ways that are similar to us alongvarious dimensions without feeling as we do on the inside or feeling anything at all for that matter.

In some cases, the differences in neurophysiology seem acute.

Take fish, for example, or insects. Fish lack a neocortex, as do insects, and, in humans, consciousness is often held to requirecortical activity. The present book suggests a methodology for dealing with these questions, without endorsing any specific theory of the nature of consciousness (about which there is little agreement anyway), and offers concrete answers. In the final chapter, there is a discussion of the ethical treatment of animals and related issues, including whether we should be vegetarians.