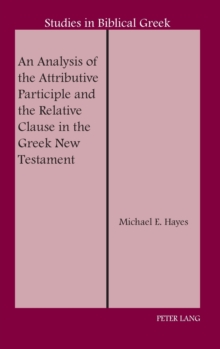 Part of the Studies in Biblical Greek series

Many New Testament Greek grammarians assert that the Greek attributive participle and the Greek relative clause are "equivalent." Michael E.

By employing the Accessibility Hierarchy, he focuses the central and critical analysis to the subject relative clause and the attributive participle.

His analysis leads to the conclusion that with respect to the restrictive/nonrestrictive distinction these two constructions could in no way be described as "equivalent." The attributive participle is primarily utilized to restrict its antecedent except under certain prescribed circumstances, and when both constructions are grammatically and stylistically feasible, the relative clause is predominantly utilized to relate nonrestrictively to its antecedent.

As a result, Hayes issues a call to clarity and correction for grammarians, exegetes, modern editors, and translators of the Greek New Testament.

Also in the Studies in Biblical Greek series   |  View all 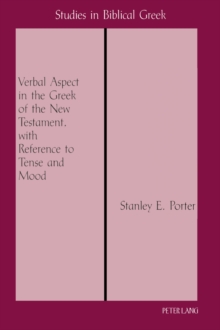 The Verbal Aspect in the Greek of the... 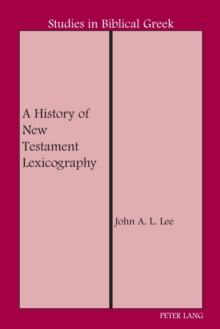 A History of New Testament Lexicography 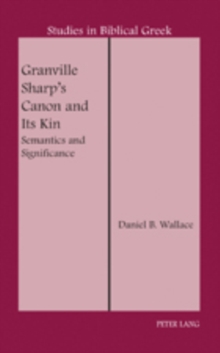 Granville Sharp's Canon and Its Kin