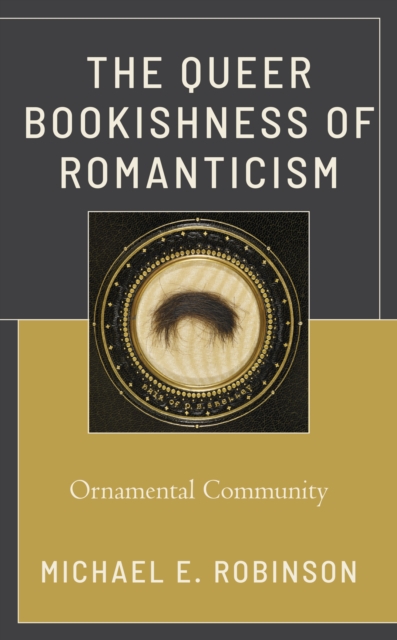 How did the buying and collecting of books figure in the lives and works of the Romantics, those supposed apostles of spiritualized poetic genius?

The Queer Bookishness of Romanticism: Ornamental Community addresses these and more questions about the suppressed bookish dimension of Romanticism, as well as Romanticism's historical forebears and Victorian inheritors.

The analysis ranges widely, addressing the bookish proclivities of the "romantic friends" the Ladies of Llangollen, the camp works about book collecting produced by a subculture calling themselves "ornamental gentlemen," narratives of prototypically punk collecting and flaneuring by the essayist and collector Charles Lamb, and rare-book forgeries by Thomas J.

Wise and Harry Forman, queer bibliographer-scholars responsible for canonizing some of the Romantic poets during the Victorian period.

In the process, this book uncovers surprising connections between conceptions of literature and sexuality; literary materiality and queerness; and forgery, sexuality, and authorship.