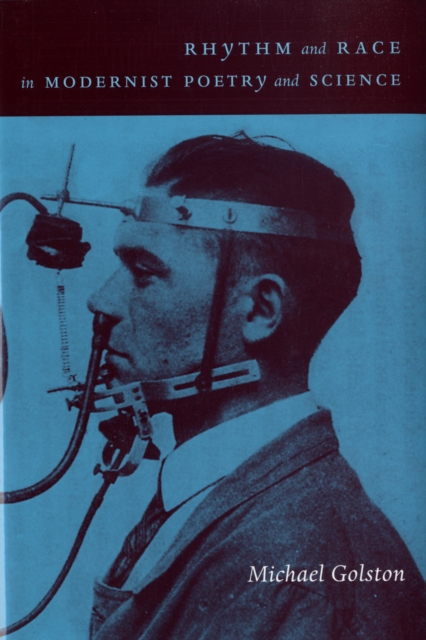 In the half-century between 1890 and 1950, a variety of fields and disciplines, from musicology and literary studies to biology, psychology, genetics, and eugenics, expressed a profound interest in the subject of rhythm.

In this book, Michael Golston recovers much of the work done in this area and situates it in the society, politics, and culture of the Modernist period.

He then filters selected Modernist poems through this archive to demonstrate that innovations in prosody, form, and subject matter are based on a largely forgotten ideology of rhythm and that beneath Modernist prosody is a science and an accompanying technology. In his analysis, Golston first examines psychological and physiological experiments that purportedly proved that races responded differently to rhythmic stimuli.

He then demonstrates how poets like Ezra Pound, W. B. Yeats, Mina Loy, and William Carlos Williams either absorbed or echoed the information in these studies, using it to hone the innovative edge of Modernist practice and fundamentally alter the way poetry was written. Golston performs close readings of canonical texts such as Pound's Cantos, Yeats's "Lake Isle of Innisfree," and William Carlos Williams's Paterson, and examines the role the sciences of rhythm played in racist discourses and fascist political thinking in the years leading up to World War II.

Recovering obscure texts written in France, Germany, England, and America, Golston argues that "Rhythmics" was instrumental in generating an international modern art and should become a major consideration in our reading of reactionary avant-garde poetry.