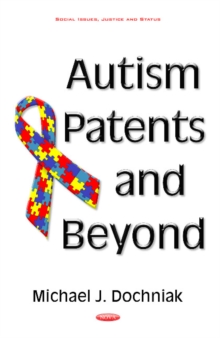 Do you have any insights into the cause and therapeutic treatments of disorders that are available and present for some individuals on the autism spectrum?

Acquiring a patent from the United States Patent and Trademark Office (USPTO) may be the best way to communicate your idea and gain monetary compensation.

Before submitting your idea, though, youll need to learn if it has already been disclosed.

Since 1987, hundreds of patents have been granted by the USPTO in an effort to help alleviate some of the disabling symptoms present in individuals on the autism spectrum.

To better understand this, Michael J. Dochniak has written this book to provide an easy-to-read summary of patents directed at autism spectrum disorders.

Within the patent summaries are inventor profiles and news articles that are both informative and enlightening.

The Autism Patents and Beyond is a quintessential review of creative people who invent or are trying to invent therapeutic interventions for autism spectrum disorders.