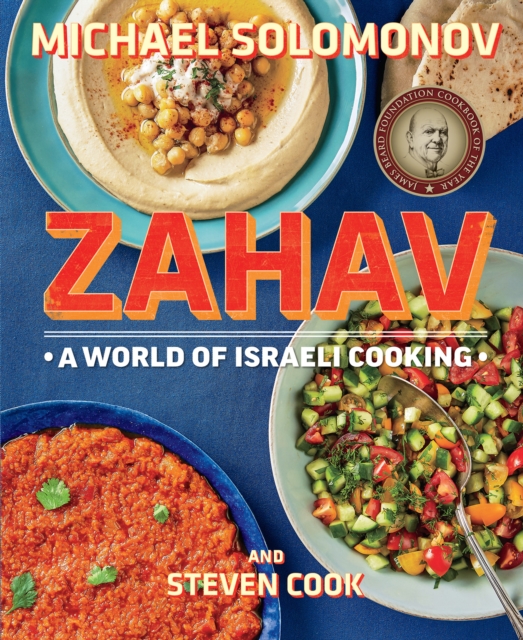 Ever since he opened Zahav in 2008, chef Michael Solomonov has been turning heads with his original interpretations of modern lsraeli cuisine, attracting notice from the New York Times, Bon Appetit, ("an utter and total revelation"), and Eater ("Zahav defines lsraeli cooking in America").

Zahav showcases the melting-pot cooking of Israel, especially the influences of the Middle East, North Africa, the Mediterranean, and Eastern Europe.

Solomonov's food includes little dishes called mezze, such as the restaurant's insanely popular fried cauliflower; a hummus so ethereal that it put Zahav on the culinary map; and a pink lentil soup with lamb meatballs that one critic called "Jerusalem in a bowl." It also includes a majestic dome of Persian wedding rice and a whole roasted lamb shoulder with pomegranate and chickpeas that's a celebration in itself.

All Solomonov's dishes are brilliantly adapted to local and seasonal ingredients.

Zahav tells an authoritative and personal story of how Solomonov embraced the food of his birthplace.

With its blend of technique and passion, this book shows readers how to make his food their own.