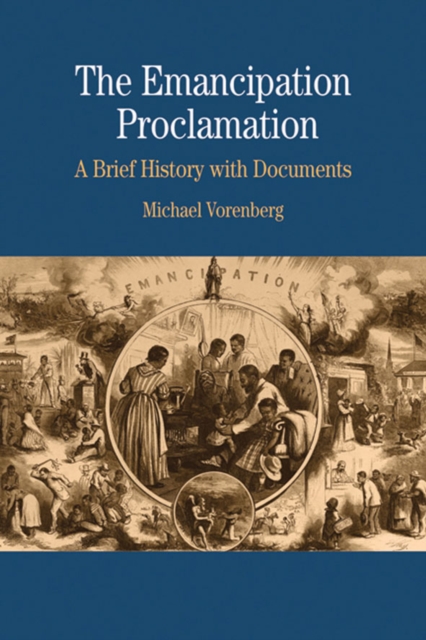 The Emancipation Proclamation : A Brief History with Documents Paperback / softback

Within months of Lincoln's 1860 election, the Confederate states seceded and the Civil War began.

In his inaugural address Lincoln vowed not to interfere with slavery and even endorsed a constitutional amendment to protect it.

Yet two years later Lincoln signed the Emancipation Proclamation, freeing slaves in the rebellious states, transforming the goals of the war, and setting the stage for national emancipation.

In this volume, Michael Vorenberg reveals the complexity of the process by which African-Americans gained freedom and explores the struggle over its meaning.

The introduction summarizes the history and national debate over slavery from the country's founding through the Civil War and beyond, and more than 40 documents and images give voice to the range of actors who participated in this vital drama.

In addition, essays by contemporary historians Ira Berlin and James McPherson argue the question of who freed the slaves.