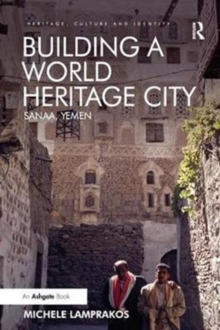 Part of the Heritage, Culture and Identity series

The conservation of old Sanaa is a major cultural heritage initiative that began in the 1980's under the auspices of UNESCO; it continues today, led by local agencies and actors. In contrast to other parts of the world where conservation was introduced at a later date to remediate the effects of modernization, in Yemen the two processes have been more or less concurrent. This has resulted in a paradox: unlike many other countries in the Middle East that abandoned traditional construction practices long ago, in Yemen these practices have not died out. Builders and craftsmen still work in 'traditional' construction, and see themselves as caretakers of the old city.

At the same time, social forms that shaped the built fabric persist in both the old city and the new districts.

Yemenis, in effect, are not separated from their heritage by an historical divide. What does it mean to conserve in a place where the 'historic past' is, in some sense, still alive?

How must international agencies and consultants readjust theory and practice as they interact with living representatives of this historic past? And what are the implications of the case of Sanaa for conservation in general? Building a World Heritage City addresses these questions and also fosters greater cultural understanding of a little known, but geopolitically important, part of the world that is often portrayed exclusively in terms of unrest and political turmoil.