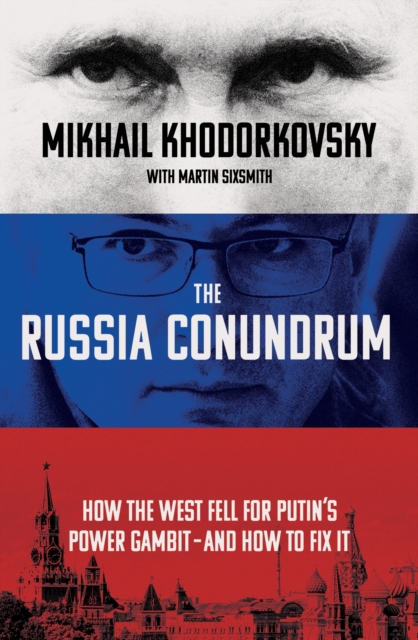 The Russia Conundrum : How the West Fell For Putin's Power Gambit - and How to Fix It Hardback

'I'm a fairly calm fellow; I don't usually get het up about things.

But I was, let's say, concerned when I tuned into the Moscow Echo radio station and heard that the Kremlin had put a price on my head.

Once an oil tycoon and the richest man in Russia, Khodorkovsky spoke out against the corruption of Putin's regime - and was punished by the Kremlin, stripped of his entire wealth and jailed for over ten years. Now freed, working as a pro-democracy campaigner in enforced exile, Khodorkovsky brings us the insider's battle to save his country's soul.

Offering an urgent analysis of what has gone wrong with Putin, The Russia Conundrum maps the country's rise and fall against Khodorkovsky's own journey, from Soviet youth to international oil executive, powerful insider to political dissident, and now a high-profile voice seeking to reconcile East and West. With unparalleled insight, written with Sunday Times bestselling author Martin Sixsmith, The Russia Conundrum exposes the desires and damning truths of Putin's Russia, and provides an answer to the West on how it must challenge the Kremlin - in order to pave the way for a better future.