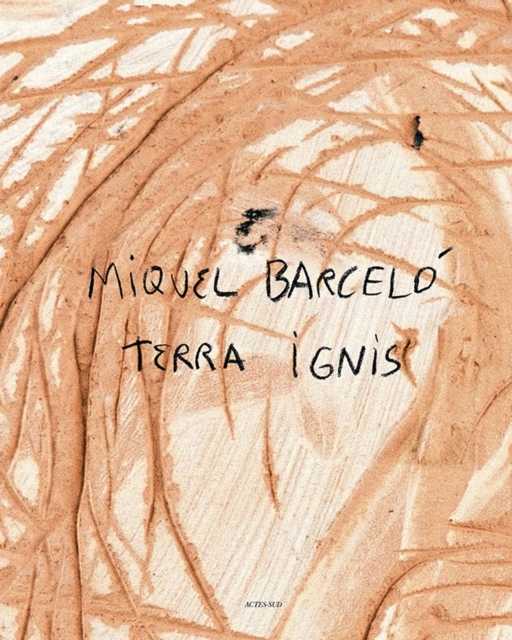 This book, published to accompany the recent `Works of Fire' exhibition at the Ceret Museum of Modern Art, presents Miquel Barcelo's ceramics work.

Created in Majorca in a former tilery and brickyard transformed into a workshop, the terracotta figures are damaged or disturbed by the introduction of bricks in the still-fresh clay, which humanizes their familiar forms.

The self-portrait is a recurrent theme: eyes and mouth engraved into vases, and amphorae in shapes inherited from Antiquity; skulls and heads explicitly evoke the idea of vanity, an ever-present theme in Barcelo's work, which appears in the fractures, cracks, and swelling that the clay undergoes before or during firing.

Apart from the self-portraits, there are emanations of the animal or plant world, also disturbed by the bricks which come to inhabit or destroy them.

These spectacular works owe their presence to their apparent fragility as well as to their life force, and the struggle and dramas they welcome.

All Barcelo's themes are present in his ceramic works.

As ever, the passage of time and death are expressed in the most fragile and durable way.