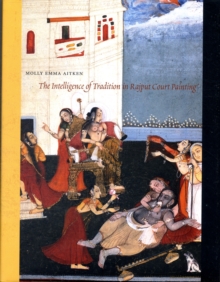 The Intelligence of Tradition in Rajput Court Painting Hardback

The genre of Rajput painting flourished between the 16th and 19th centuries in the kingdoms that ruled what is now the Indian state of Rajasthan (place of rajas).

Rajput paintings depicted the nobility and court spectacle as well as scenes from Krishna's life, the Hindu epics, and court poetry.

Through a series of in-depth studies, Aitken shows how traditional formal devices served as vital components of narrative meaning, expressions of social unity, and rich sources of intellectual play.