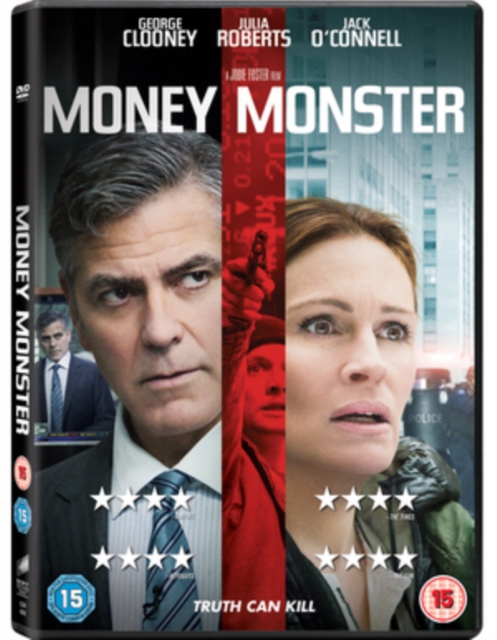 Financial expert and TV personality Lee Gates (Clooney) has made his name as the host of the hit show 'Money Monster' giving viewers advice on where to invest their money.

When avid viewer Kyle Budwell (O'Connell) takes Gates's advice and, as a result, loses all of his money, he storms the television studio taking Gates and the crew hostage.

As producer Patty Fenn (Roberts) tries to talk Gates through staying calm, Budwell's agitation grows and he threatens the lives of everyone in the building.