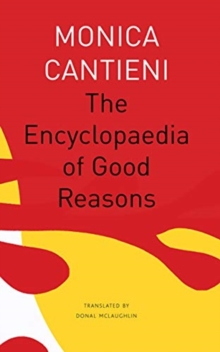 ?My father bought me from the council for 365 francs,? recalls the narrator in Monica Cantieni's novel?The?Encyclopaedia?of Good Reasons.

She's a young girl, an immigrant to Switzerland whose adoption is yet to be finalized.

When she finally moves into her new home with her new family, she recounts her days in the orphanage and how starkly different her life is now.

Her new community speaks German, a language foreign to her, and she collects words and phrases in matchboxes.

Set in the time of the crucial 1970 Swiss referendum on immigration, Monica Cantieni introduces us to a host of colorful characters who struggle to make Switzerland their home: Eli, the Spanish bricklayer; Toni, the Italian factory worker with movie star looks; Madame Jelisaweta, the Yugoslav hairdresser; and Milena, the mysterious girl in the wardrobe.

This is a book with a very warm heart, and rarely has a young girl's narrative been at once so uproariously hilarious and so deeply moving.