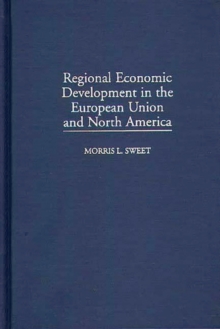 Mainstream economists have given insufficient attention to regional and urban economics and economic geography.

Proposing that a period of economic prosperity is the best time to invest in regional development, the author indicates the need for a direct role by the federal government. The study is based on a review of the U.S., Canada, and Mexico, the European Union, and supranational organizations, such as NAFTA and the WTO, and their internal impact on regions. The comparison shows that the U.S. lags dramatically behind the European Union. The EU, particularly the Western European countries, has long been in the forefront of regional policy and is actively formulating policy, whereas the U.S. has no semblance of a federal regional policy.