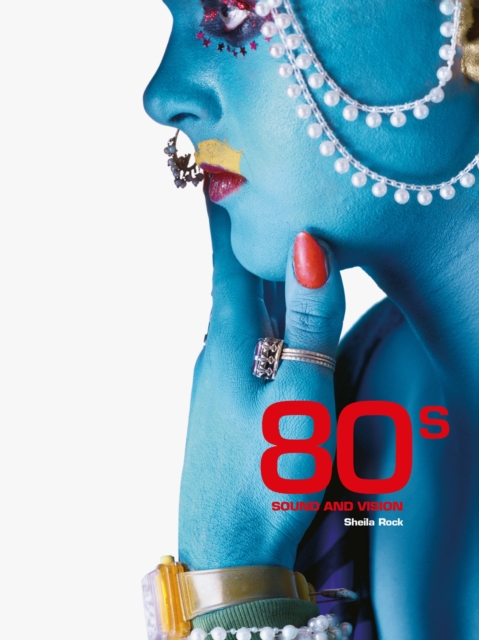 Visually stunning and deeply insightful, 80s Sound and Vision is THE defining book of an unforgettable decade, capturing the raw energy, creativity and flamboyance of the era through its fashion and music. With images by renowned photographer Sheila Rock, this personal journey offers a sumptuous visual account including many rare images from the photographer's archive, alongside those originally featured in seminal publications such as The Face, Rolling Stone and Vogue. Rock's compelling first hand narrative shot across a decade primarily in London but also LA, San Francisco and Tokyo, takes us to a time when the real catwalk happened on the street; when style was the first and last word and when youth made their own identity, culture, music and entertainment.

Here are the burgeoning roots of gender fluidity and an index of impressive talents that bubbled out of the suburbs and art schools to energise and invigorate a grey place with positivity and possibility. This lavish compendium is a who's who of the artists, designers, stylists, hairdressers, models and performers, who made the 1980s their own.

Alongside many notable stars (David Bowie, Brian Ferry, Naomi Campbell, Judy Blame, Leigh Bowery) are documented the equally relevant style gangs and subcultures who lived by their own rules (New Romantics, Goths, Mods and Metal Heads) and the 'it' hang outs and clubs (Billy's, Blitz, Le Beat Route) where a new sensibility was created and paraded. 80s Sound and Vision is a unique chronicle of an extraordinary time and bears witness to the powerful explosion of imagination and innovation that shaped a decade.