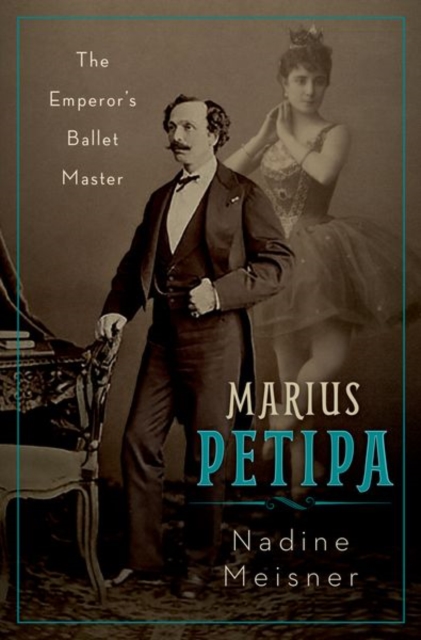 One of the most important ballet choreographers of all time, Marius Petipa (1818 - 1910) created works that are now mainstays of the ballet repertoire.

Every day, in cities around the world, performances of Swan Lake and The Sleeping Beauty draw large audiences to theatres and inspire new generations of dancers, as does The Nutcracker during the winter holidays. These are his best-known works, but others - Don Quixote, LaBayadere - have also become popular, even canonical components of the classical repertoire, and together they have shaped the defining style of twentieth-century ballet.

The first biography in English of this monumental figure of ballet history, Marius Petipa: The Emperor's Ballet Master covers the choreographer's life and work in full withinthe context of remarkable historical and political surroundings.

Over the course of ten well-researched chapters, Nadine Meisner explores Marius Petipa's life and legacy: the artist's arrival in Russia from his native France, the socio-political tensions and revolution he experienced, his popularity on the Russian imperial stage, his collaborations with other choreographers and composers (most famously Tchaikovsky), and the conditions under which he worked, in close proximity to the imperial court.

Meisner presents a thrilling and exhaustive narrative notonly of Petipa's life but of the cultural development of ballet across the 19th and early 20th centuries.

The book also extends beyond Petipa's narrative with insightful analyses of the evolution of ballet technique, theatre genres, and the rise of male dancers.

Richly illustrated with archival photographs, this book unearths original material from Petipa's 63 years in Russia, much of it never published in English before.

As Meisner demonstrates, the choreographer laid the foundations for Soviet ballet and for Diaghilev's Ballets Russes, the expatriate company which exercised such an enormous influence on ballet in the West, including the Royal Ballet and Balanchine's New York City Ballet.

After Petipa, Western ballet would never be thesame.