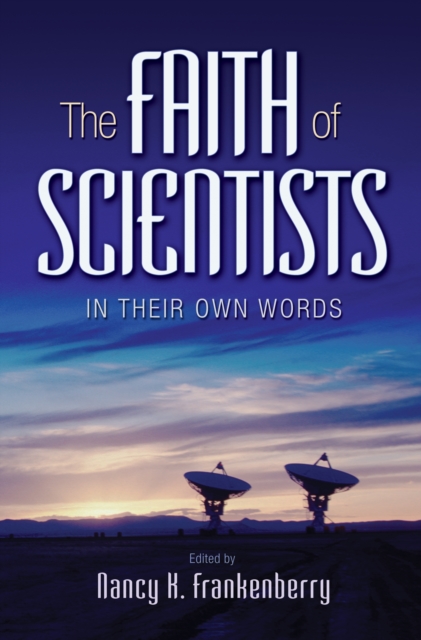 The Faith of Scientists : In Their Own Words Hardback

The Faith of Scientists is an anthology of writings by twenty-one legendary scientists, from the dawn of the Scientific Revolution to the frontiers of science today, about their faith, their views about God, and the place religion holds--or doesn't--in their lives in light of their commitment to science.

This is the first book to bring together so many world-renowned figures of Western science and present them in their own words, offering an intimate window into their private and public reflections on science and faith.

Leading religion scholar Nancy Frankenberry draws from diaries, personal letters, speeches, essays, and interviews, and reveals that the faith of scientists can take many different forms, whether religious or secular, supernatural or naturalistic, conventional or unorthodox.

These eloquent writings reflect a spectrum of views from diverse areas of scientific inquiry. Represented here are some of the most influential and colossal personalities in the history of science, from the founders of science such as Galileo, Johannes Kepler, Francis Bacon, Isaac Newton, Charles Darwin, and Albert Einstein, to modern-day scientists like Carl Sagan, Stephen Jay Gould, Jane Goodall, Freeman Dyson, Stephen Hawking, Edward O.

Wilson, and Ursula Goodenough. Frankenberry provides a general introduction as well as concise introductions to each chapter that place these writings in context and suggest further reading from the latest scholarship.

As surprising as it is illuminating and inspiring, The Faith of Scientists is indispensable for students, scholars, and anyone seeking to immerse themselves in important questions about God, the universe, and science.