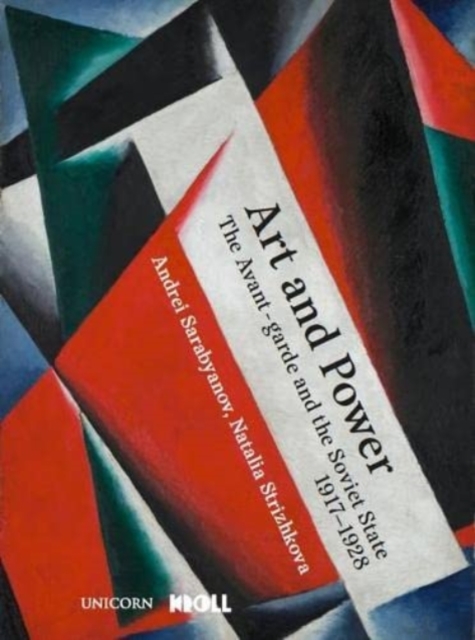 In Art and Power the authors Andrei Sarabyanov and Natalia Strizhkova explore the historical period between 1917 to the early 1930s, when avant-garde artists and Bolshevik leaders worked hand-in-hand on forging new cultural policies and creating new visual language that would channel Soviet ideological values.

Based on the formerly unknown and hitherto unpublished archival documents from the State Archive of the Russian Federation, the authors explore alliances and tensions that existed within the artistic community, as well as the roles played by such torch-bearers as Kazimir Malevich, Vassily Kandinsky, Alexander Rodchenko, Olga Rozanova, Vladimir Tatlin and the challenges they faced in their collaboration with the Soviet State.

Within just a few years, they founded new art schools, established numerous educational, research and experimental laboratories and institutions throughout Russia, reaching even into the most remote backwaters of the former Russian Empire.