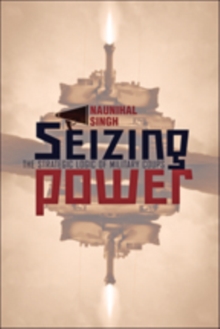 While coups drive a majority of regime changes and are responsible for the overthrow of many democratic governments, there has been very little empirical work on the subject.

Seizing Power develops a new theory of coup dynamics and outcomes, drawing on 300 hours of interviews with coup participants and an original dataset of 471 coup attempts worldwide from 1950 to 2000.

Naunihal Singh delivers a concise and empirical evaluation, arguing that understanding the dynamics of military factions is essential to predicting the success or failure of coups.

Singh draws on an aspect of game theory known as a coordination game to explain coup dynamics.

He finds a strong correlation between successful coups and the ability of military actors to project control and the inevitability of success.

Examining Ghana's multiple coups and the 1991 coup attempt in the USSR, Singh shows how military actors project an image of impending victory that is often more powerful than the reality on the ground. In addition, Singh also identifies three distinct types of coup dynamics, each with a different probability of success, based on where within the organization each coup originated: coups from top military officers, coups from the middle ranks, and mutinous coups from low-level soldiers. 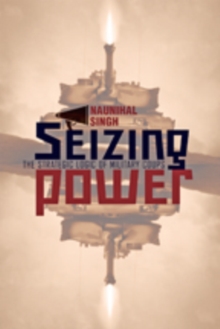