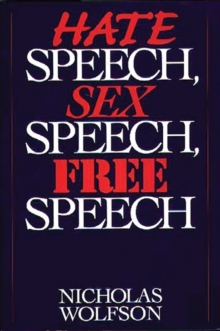 A powerful indictment of contemporary attacks on free speech, this book argues for a vigorous First Amendment jurisprudence protecting even offensive types of speech.

They have called for changes in Supreme Court doctrine in defining the First Amendment and have argued that the traditional view of free speech actually creates and perpetuates a society in which the weak-women, minorities, the poor-have no voice.

While recognizing their fears, Nicholas Wolfson argues that it is impossible to separate bad speech from good speech without fatally compromising the uniquely American concept of free speech, and that efforts to modify our concept of free speech for a greater egalitarian good can only result in undue state influence over private speech.

In a keenly argued analysis, he finds that, in the end, the preservation of free and vigorous speech requires a strong First Amendment protection for even the most hateful of speech.

Also by Nicholas Wolfson   |  View all 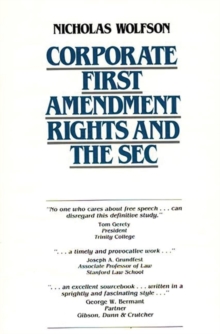 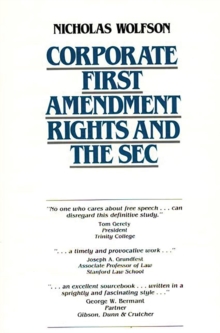 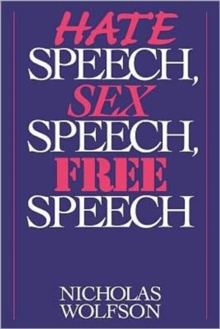 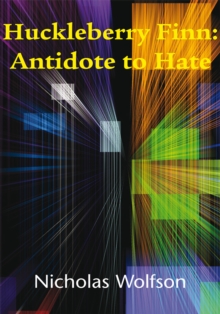