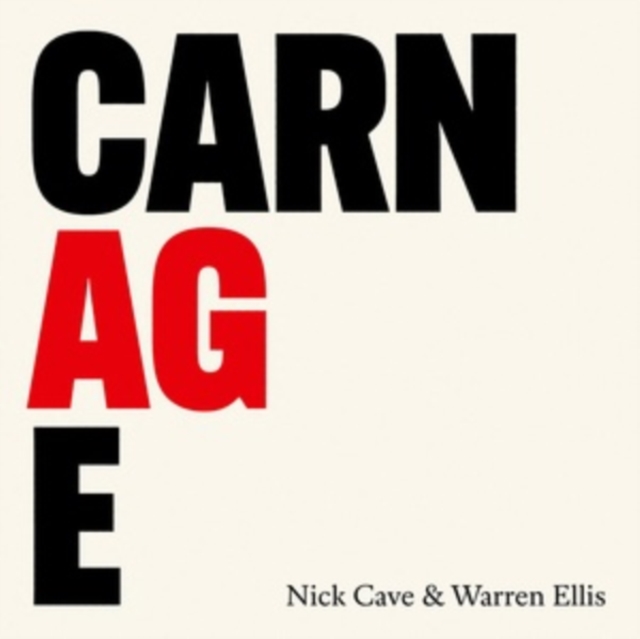 'Carnage' is an album by Nick Cave & Warren Ellis, recorded over a period of weeks in lockdown during the COVID-19 pandemic. Although the pair have composed and recorded many soundtracks together, and Ellis is a long-term member of The Bad Seeds, this is the first time they have released an entire album of songs as a duo. Cave describes the album as 'a brutal but very beautiful record nested in a communal catastrophe'. 'Making 'Carnage' was an accelerated process of intense creativity', says Ellis. 'The eight songs were there in one form or another within the first two and a half days'. Cave & Ellis' sonic and lyrical adventurism continues apace on 'Carnage', an album that emerged almost by accident out of the downtime created by the long, anxious, global emergency. 'Carnage' is a record for these uncertain times - one shot through with moments of distilled beauty and that resonates with an almost defiant sense of hope.