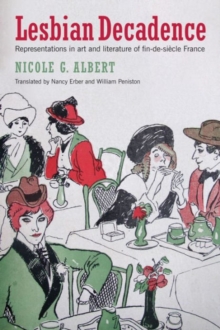 In 1857 the French poet Charles Baudelaire, who was fascinated by lesbianism, created a scandal with Les Fleurs du Mal [The Flowers of Evil].

This collection was originally entitled "The Lesbians" and described women as "femmes damnees," with "disordered souls" suffering in a hypocritical world.

Then twenty years later, lesbians in Paris dared to flaunt themselves in that extraordinarily creative period at the turn of the 19th and 20th centuries which became known as the Belle Epoque.

Lesbian Decadence, now available in English for the first time, provides a new analysis and synthesis of the depiction of lesbianism as a social phenomenon and a symptom of social malaise as well as a fantasy in that most vibrant place and period in history.

In this newly translated work, praised by leading critics as "authoritative," "stunning," and "a marvel of elegance and erudition," Nicole G.

Albert analyzes and synthesizes an engagingly rich sweep of historical representations of the lesbian mystique in art and literature. Albert contrasts these visions to moralists' abrupt condemnations of "the lesbian vice," as well as the newly emerging psychiatric establishment's medical fury and their obsession on cataloging and classifying symptoms of "inversion" or "perversion" in order to cure these "unbalanced creatures of love." Lesbian Decadence combines literary, artistic, and historical analysis of sources from the mainstream to the rare, from scholarly studies to popular culture.

The English translation provides a core reference/text for those interested in the Decadent movement, in literary history, in French history and social history. 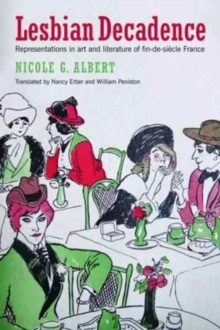