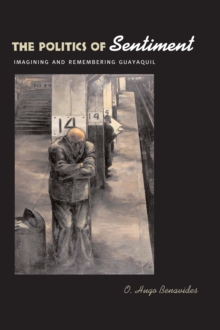 The Politics of Sentiment : Imagining and Remembering Guayaquil Paperback / softback

Between 1890 and 1930, the port city of Guayaquil, Ecuador, experienced a liberal revolution and a worker's movement-key elements in shaping the Ecuadorian national identity.

In this book, O. Hugo Benavides examines these and other pivotal features in shaping Guayaquilean identity and immigrant identity formation in general in transnational communities such as those found in New York City. Turn-of-the-century Ecuador witnessed an intriguing combination of transformations: the formation of a national citizenship; extension of the popular vote to members of a traditional underclass of Indians and those of African descent; provisions for union organizing while entering into world market capitalist relations; and a separation of church and state that led to the legalization of secular divorces.

Assessing how these phenomena created a unique cultural history for Guayaquileans, Benavides reveals not only a specific cultural history but also a process of developing ethnic attachment in general.

He also incorporates a study of works by Medardo Angel Silva, the Afro-Ecuadorian poet whose singular literature embodies the effects of Modernism's arrival in a locale steeped in contradictions of race, class, and sexuality. Also comprising one of the first case studies of Raymond Williams's hypothesis on the relationship between structures of feeling and hegemony, this is an illuminating illustration of the powerful relationships between historically informed memories and contemporary national life. 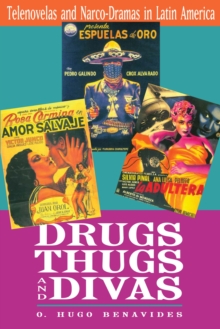 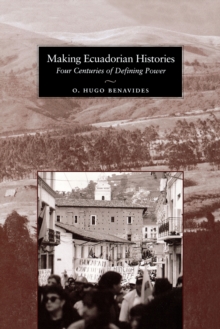