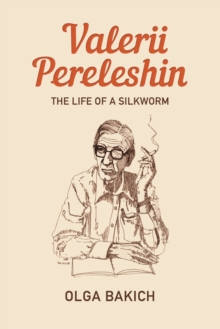 Valerii Pereleshin : The Life of a Silkworm Hardback

Olga Bakich's biography of Valerii Pereleshin (1913-1992) follows the turbulent life and exquisite poetry of one of the most remarkable Russian emigres of the twentieth century.

Born in Irkutsk, Pereleshin lived for thirty years in China and for almost forty years in Brazil.

For many years he struggled to accept and express his own identity as a gay man within a frequently homophobic emigre community.

His poems addressed his three homelands, his religious struggles, and his loves.

In Valerii Pereleshin: The Life of a Silkworm, Bakich delves deep into Pereleshin's poems and letters to tell the rich life story of this underappreciated writer.