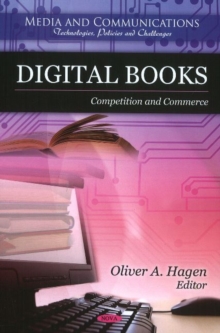 Edited by Oliver A Hagen

Authors and publishers sued Google Inc. in 2005, shortly after Google announced plans to digitise books in the collections of several major libraries, index them in its search engine and allow searchers to view "snippets" of the digitised books.

Google's proposed reproduction and display of copyrighted books was not authorised by the rights holders, who alleged that the Google Library Project infringed their copyrights.

Google's counter-argument, that allowing rights holders to "opt out" of having their books digitised or indexed kept its proposed uses from being infringed upon, or that, if found to be infringing, its proposed uses were fair, raised important questions about reproduction and fair use under copyright law.

This book provides background on the Library Project, legal issues raised by digitisation and indexing projects, testimony for and against the project, and details of the proposed settlement.