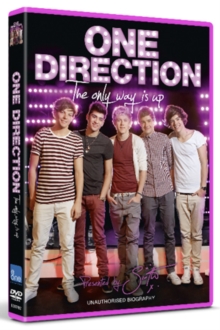 One Direction: The Only Way Is Up DVD

Unofficial documentary on the British boy band who shot to fame off the back of their appearance in the seventh series of 'The X Factor'.

The band, comprised of Niall Horan, Zayn Malik, Liam Payne, Harry Styles and Louis Tomlinson, released their debut album, 'Up All Night', in 2011 and watched it soar to the top of the charts in both Britain and the USA.

This documentary, presented by 'The X Factor's Sinitta, details the history of the band and its members and includes contributions from Piers Morgan, Zac Efron and Katherine Jenkins.