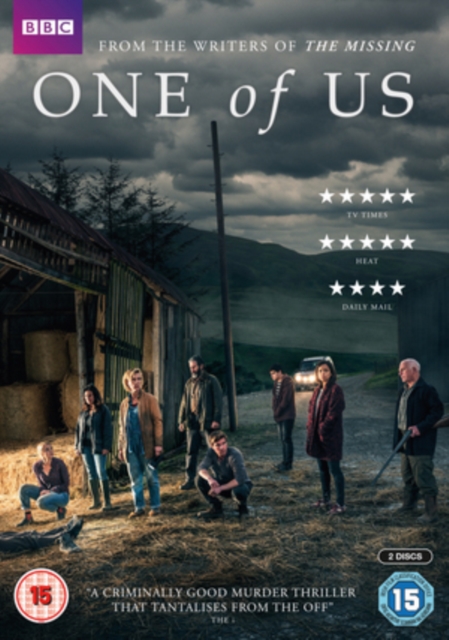 One of Us DVD

Four-part BBC mystery drama. After a young, newly-wed couple is murdered in their home in Edinburgh, shortly after returning from their honeymoon, their families, the Douglases and Elliots, are left devastated.

When the prime suspect makes his way to the childhood sweethearts' former home in the remote countryside, he crashes his car en route and is rescued by the shocked Douglases and Elliots.

They lock him up for the night in the outside shed but in the morning find him dead, with one of the relatives certain to be the killer, but which one?

As the police continue their manhunt for the couple's killer, tensions rise between the two families as old rifts resurface and they are forced to unite in their grief for their loved ones.

The episodes are: 'The Storm', 'Beneath the Surface', 'Glenarvon Loch' and 'Adam and Grace'.