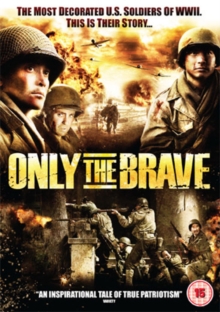 Only the Brave DVD

World War II drama based on real events. In 1944 a US Army regiment, dubbed 'the Lost Batallion', has become surrounded by Nazis in the French mountains.

The 100th/442nd Combat Team, known as 'the Purple Heart Battalion' and comprised entirely of second-generation Japanese-American volunteers, is given orders to rescue them no matter what the cost.

Having already fought bitter prejudices to be recognised as a fighting unit, the team sets out courageously on this impossibly dangerous mission, and eventually manages to break through the German lines.

But its success comes at a tremendous price, and the unit suffers over 800 casualties to save the 211 surviving soldiers of the Lost Batallion.