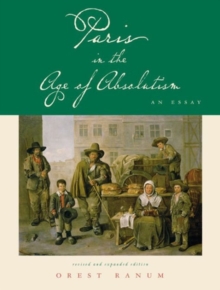 Paris in the Age of Absolutism : An Essay Paperback / softback

By the eighteenth century Paris was one of the great wonders of Europe, renowned for its magnificent royal monuments and as a center for science, literature, and the arts.

More so than any other European city, Paris reflected the spirit of an age-an age that reached its zenith with the reign of France's Sun King, Louis XIV.

No book better captures that spirit than Orest Ranum's Paris in the Age of Absolutism, first published in 1968 and now reissued in a revised and expanded edition.

Ranum's tour of Paris begins in the late 1500s with a French capital city exhausted by the violence of the Wars of Religion and proceeds through the long century that ends with the death of Louis XIV in 1715.

Henry IV (1589-1610), head of the Bourbon branch of the royal family, laid the foundations of modern Paris, but it was during the mature years of his grandson, Louis XIV, and during the service of his visionary minister, Jean-Baptiste Colbert, that a New Rome was created.

There were now large geometrical public squares with statues of the King at their focal point.

There were arches of triumph, hospital-prisons, a new and gigantic wing on the Louvre, handsome stone bridges, streetlights, and massive stone quays along the Seine. Ranum ranges widely through the streets and quarters of Paris, attentive to the achievements of town planners, architects, and engineers as well as to city politics, social currents, and the spirit of religious reform.

Behind it all lay the rule-creating authoritarianism of the absolute state, which, ironically, unleashed Parisians' creative impulses in everything from literature, painting, and music to architecture, mathematics, and physics. Paris in the Age of Absolutism is one of those rare books that combines elegant prose with stunning erudition, making it both captivating for general readers and challenging to scholars.

This new edition has been thoroughly revised and expanded to take into account the wealth of scholarship that has appeared since 1968.

Of particular note are a new introduction and a new chapter on women writers.

A larger format accentuates a full selection of illustrations, many of them new to this edition. 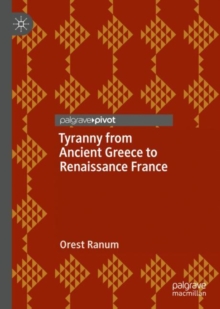 Tyranny from Ancient Greece to... 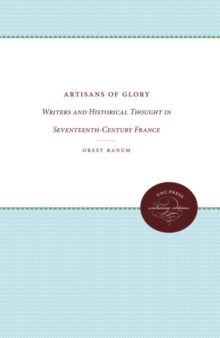 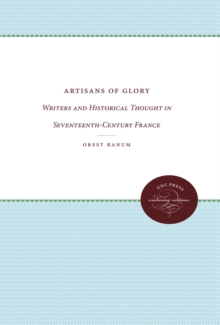