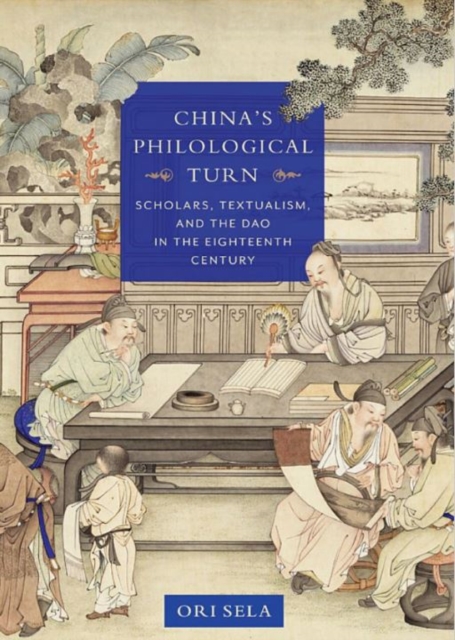 China's Philological Turn : Scholars, Textualism, and the Dao in the Eighteenth Century Hardback

In eighteenth-century China, a remarkable intellectual transformation took place, centered on the ascendance of philology.

Its practitioners were preoccupied with the reliability of sources as evidence for restoring ancient texts and meanings and with the centrality of facts and truth to their scholarship and identity.

With the power to construct the textual past, philology has the potential to shape both individual and collective identities, and its rise to prominence consequently deeply affected contemporaneous political, social, and cultural agendas. Ori Sela foregrounds the polymath Qian Daxin (1728-1804), one of the most distinguished scholars of the Qing dynasty, to tell this story.

China's Philological Turn traces scholars' social networks and the production of knowledge, considering the texts they studied along with their reading practices and the assumptions about knowledge, facts, and truth that came with them.

The book considers fundamental issues of eighteenth-century intellectual life: the tension between antiquity's elevated status and the question of what antiquity actually was; the status of scientific knowledge, especially astronomy, mathematics, and calendrical studies; and the relationship between learned debates and cultural anxieties, especially scholars' self-characterization and collective identity.

Sela brings to light manuscripts, biographies, letters, handwritten notes, epitaphs, and more to highlight the creativity and openness of his subjects.

A pioneering book in the cultural history of intellectuals across disciplinary boundaries, China's Philological Turn reconstructs the history of eighteenth-century Chinese learning and its long-lasting consequences.