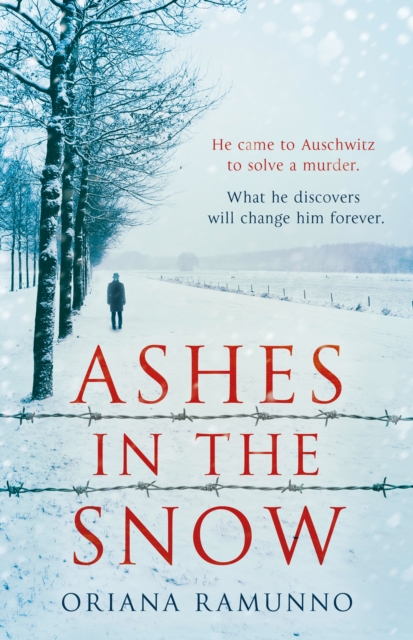 Ashes in the Snow Hardback

A beautiful, moving detective story set in Auschwitz in the Christmas of 1943. A young Jewish prisoner... Auschwitz, 1943. It's snowing outside and Block 10 looks even bleaker than usual.

Gioele Errera, a young Jewish boy imprisoned in the camp, finds the body of an SS officer. A detective with everything to prove... Hugo Fischer is sent to investigate the unexplained death of the renowned Nazi.

But Hugo is hiding a secret - he is suffering from a degenerative disease.

The only way for him to survive is to give his support to the Reich and hide his condition. A confrontation with pure evil... In Auschwitz, Hugo comes face to face not only with a complex murder, but with a truth - that of the Final Solution. And he is forced to decide what is most important to him - and who, if anyone, he should try to save...