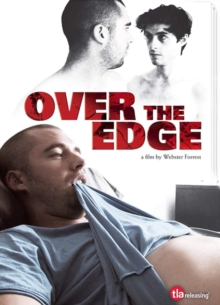 Over the Edge DVD

Darkly comic British drama in which the blackouts of an alienated man correspond to the appearance of dead bodies in the area.

Jason (Danny Bedford) is a university dropout who appears to be on the way out of his dead-end job as well.

Having called in sick for a number of weeks, he sits around his Camden flat watching films.

The strange thing is, all this pretending to be ill seems to be having an unwanted effect on him.

Jason begins to experience blackouts and, even worse, the police start discovering dead bodies at times that match with his periods of blankness.

The morning he wakes up beside a body, Jason is forced into action.

With the help of his workmate Richard (Sean Hart), who Jason has something of a crush on, the pair must solve the riddle and get to the bottom of the murders and their mysterious connection with Jason.