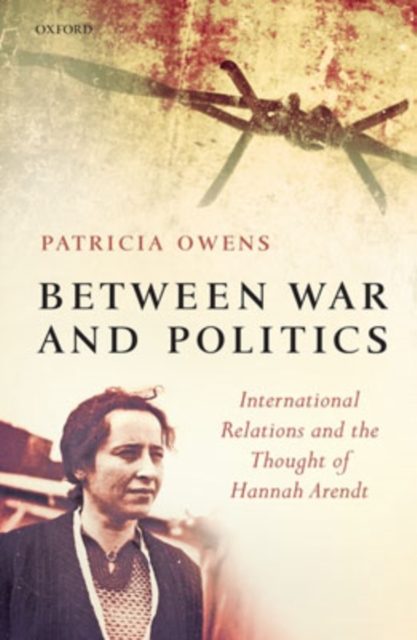 Between War and Politics : International Relations and the Thought of Hannah Arendt Hardback

This is the first book length study of war in the thought of one of the twentieth-century's most important and original political thinkers.

Hannah Arendt's writing was fundamentally rooted in her understanding of war and its political significance.

But this element of her work has surprisingly been neglected in international and political theory.

This book fills an important gap by assessing the full range of Arendt's historical and conceptual writing on war andintroduces to international theory the distinct language she used to talk about war and the political world.

It builds on her re-thinking of old concepts such as power, violence, greatness, world, imperialism, evil, hypocrisy and humanity and introduces some that are new to international thought likeplurality, action, agonism, natality and political immortality.

The issues that Arendt dealt with throughout her life and work continue to shape the political world and her approach to political thinking remains a source of inspiration for those in search of guidance not in what to think but how to think about politics and war.

Re-reading Arendt's writing, forged through firsthand experience of occupation and struggles for liberation, political founding and resistance in time of war, reveals amore serious engagement with war than her earlier readers have recognised.

Arendt's political theory makes more sense when it is understood in the context of her thinking about war and we can think about the history and theory of warfare, and international politics, in new ways by thinking withArendt. This book is a project of the Oxford Leverhulme Programme on the Changing Character of War.