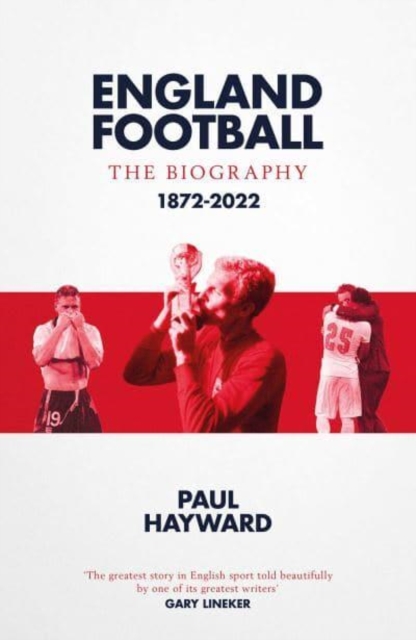 LONGLISTED FOR THE WILLIAM HILL SPORTS BOOK OF THE YEAR PRIZE 'The greatest story in English sport told beautifully by one of its greatest writers' Gary Lineker 'A spellbinding piece of work' Oliver Holt; 'Absolute tour de force' Henry WinterAward-winning writer Paul Hayward delivers a compelling and unmissable account of the story of the England men's football team, published as they prepare for the World Cup in Qatar. On 30 November 1872, England took on Scotland at Hamilton Crescent in Glasgow, a match that is regarded as the first international fixture.

It was the first of more than a thousand games played by the side, and the beginning of a national love affair that unites the country in a way that few other events can match. In Hayward's brilliant new biography of the team, based on interviews with dozens of past and present players and coaches, including Viv Anderson, Gary Lineker, Alan Shearer and current coach Gareth Southgate, we get a vivid portrait of all aspects of the team's story, reliving highlights such as the World Cup victory in 1966 and the time when football came home in Euro 96, as well as the low points when the players were obliged to give the Nazi salute in 1938 and the era when England's hooligan fans brought shame on the nation.

From Stanley Matthews and Bobby Moore through to more modern heroes such as Paul Gascoigne, David Beckham, Wayne Rooney and Harry Kane, Hayward brings a large cast of characters to life. For anyone who wants to understand England football, and why it means so much to so many, England Football: The Biography is an essential and vital read.