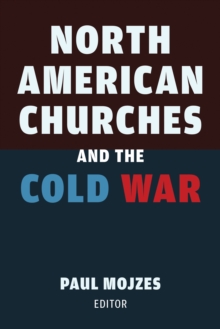 History textbooks typically list 1945-1990 as the Cold War years, but it is clear that tensions from that period are still influencing world politics today.

While much attention is given to political and social responses to those first nuclear threats, none has been given to the reactions of Christian churches.

North American Churches and the Cold War offers the first systematic reflection on the diverse responses of Canadian and American churches to potential nuclear disaster.

A mix of scholars and church leaders, the contributors analyse the anxieties, dilemmas, and hopes that Christian churches felt as World War II gave way to the nuclear age.

As they faced either nuclear annihilation or peaceful reconciliation, Christians were forced to take stands on such issues as war, communism, and their relationship to Christians in Eastern Europe.