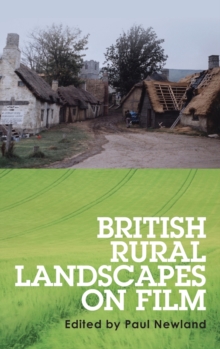 This volume offers insights into how rural areas of Britain have been represented on film, from the silent era through both world wars and on into the twenty-first century.

It is the first book to deal exclusively with representations of the British countryside on film.

The contributors demonstrate that the countryside has provided Britain and its constituent nations and regions with a dense range of spaces in which cultural identities have been and continue to be worked through.

Overall, the book demonstrates that British cinema provides numerous examples of how national identity and the identity of the countryside have been constructed through filmic representation, and how British rural films can help us to understand the relationship between the cultural identities of specific areas of Britain and the landscapes they inhabit. -- .