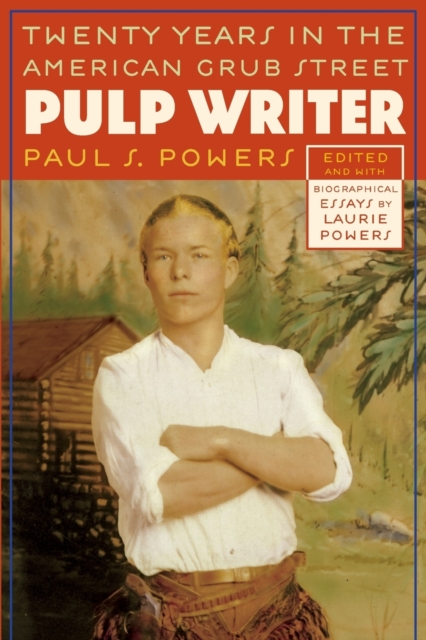 He wrote under at least eight pseudonyms, published hundreds of short stories and novellas in pulp magazines, and lived a life at times as outrageous as his fiction.

Pulp Writer tells of Paul S. Powers's travels from serious literary ambitions to the pages of Wild West Weekly, of his seeking his fortune (or material, at any rate) in the ghost towns and mining camps of Colorado, and of his life in Arizona and California as he reaped the rewards of his wildly successful Wild West Weekly characters such as Sonny Tabor and Kid Wolf.

Extending from the Great Depression to the golden age of the pulps, Powers's career, chronicled here in often laugh-out-loud style, is an American success story of true grit and commercial savvy and of a larger-than-life character with questionable but endlessly entertaining Western lore to spare.

In the process, he provides a valuable and rarely-chronicled look at the business of writing and publishing pulp fiction during its golden years.

Powers's granddaughter Laurie never knew her grandfather and lost touch with his side of the family.

In her biographical essays, she finds her lost family and discovers the Pulp Writer manuscript.

Her essays also provide a valuable historical context for pulp publications such as Wild West Weekly and their importance during the Great Depression.