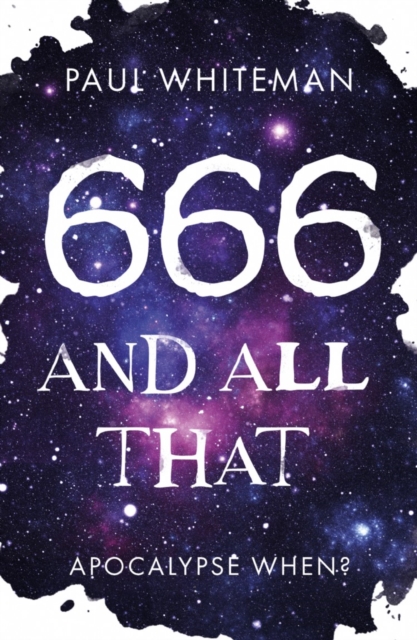 666 and All That : Apocalypse When? Paperback / softback

Some years ago, for no obvious reason, Paul Whiteman felt compelled to analyse the mystical number 666, also known as the number of The Beast.

His little mathematical revelation was followed almost immediately by a violent thunderstorm, and by a severe attack of asthma requiring urgent hospital admission.

The concurrence of these scary events with his dabbling in the occult was probably coincidental.

But the episode prompted Paul to further investigate numbers and the beliefs associated with them, the culmination of this research being 666 and All That. The initial chapters provide a pertinent review of the history and nature of numbers, number systems and the numbers of time.

Relevant interpretations of the Revelation of St John are presented, taking into account both exoteric and esoteric views.

Particular attention is given to the prevalence of sixes and sevens.

This all provides the background to his interpretation of the code, 666.

The obsession with numbers and supernatural apocalypses may say more about the nature of the human mind than some association with the spirit world.

So far, the attempts of seers to prospectively predict a doomsday have been unimpressive.

But the most likely causes of apocalyptic events in the 21st Century are, surely, rather obvious.

Unchecked, they may be associated with a major evolutionary divergence - without the help of supernatural intervention.

Paul discusses these issues, and the nature of the spirit that drives modern human evolution in this complex and fascinating read.